Some of you may have heard this story before, but I’ve never posted it here. I started this business in 2007, and I thought I was the greatest thing since sliced bread. I mean, I was good, but I didn’t realize how much I had yet to learn, but I did. The part that was most surprising was how much I had to unlearn. I took the advice of some people who genuinely wanted me to succeed, and eventually it has paid off.

After the first few years of struggling to implement better practices, I started to really gain confidence and see how much of a difference it made. I started to really feel like all the years of working for someone else, that they were really just about profit and not about doing the best work. My head swelled.

I think I was a bad date, because all I ever talked about was HVAC. We’d be out to dinner with family or friends, and all I could talk about was air conditioning, or thermostats, or furnaces, yada yada. So much so, that I often wondered if everyone at the table was secretly asking my wife to shut me up already. I’m sure I’m exaggerating a little bit, I do have other interests, but I was floating on the HVAC cloud because I loved it so much.

I always envied my wife from the time I met her. She had drive, passion, and could command the attention in a room, and hold a conversation with anyone. She had a major in anthropology/paleontology with a minor in religion. She was on the watch list when President Reagan visited her grade school because she wrote a letter to the White House about his policies. She got her school to stop using styrofoam in the lunch room. I told her that I felt like I was missing something in my life, I wanted what she had. I just didn’t know what it was. But as much as I loved HVAC, that wasn’t it.

Fast forward, and things have taken a shift for me personally. As much as I talked about HVAC then, I now have a new passion. And it all started in 2012. The killing of Trayvon Martin was so sad, as I had children close in age. I imagined how that must feel as a parent. The killing was bad enough, but it was what happened afterward. A lot of people were defending George Zimmerman and villainizing Trayvon. I couldn’t believe what I was seeing. It was the first time that I can remember thinking that something was truly wrong. After that, I started noticing more and more instances that I couldn’t accept. From Mike Brown, to Eric Garner, Walter Scott, Tamir Rice, Alton Sterling, and Botham Jean. I started to speak. I attended my first Black Lives Matter rally, and made my first public post on this page showing my support and calling on other business owners to publicly speak. But when Colin Kaepernick took a knee, he inspired me to do more. I watched him explain the reasons and one of my first thoughts was that, here’s a guy on the biggest stage knowingly sacrificing his career, and if he can do that, than I can do more. He was respectful, he was honest, and he was courageous. He knew that his actions would be met with swift whitelash. I began to seek out ways to learn more, so that when I engage, I’d be able to do so with resources and examples from history, distant and not so distant. But honestly, it’s pretty plain, I really only needed what I’ve seen with my own eyes. The double standards are truly glaring, unless you just refuse to see it.

So now, I’m equally a bad date, because going out to dinner can sometimes be dramatic. Now I often wonder if everyone is saying to themselves or secretly asking my wife to not bring me to dinner because they don’t want to hear anything more about injustices. I’m fortunately surrounded by people who mostly agree with my opinions, but that doesn’t mean they want to talk about it. It’s obviously not a fun conversation.

My wife still inspires me, and as much as I’d like my life’s mission to be one with more sunshine and sparkles, the path I’m on in one of love, and there couldn’t be anything better than a path rooted in something everyone has in common; the desire to belong, and feel loved.

So, if you’re here for the HVAC, we’ll be ready when you need us. If you’re here for the social justice, I’m not going anywhere. It took me a while, so I’m just hoping that I can convince others of the truth before they get into their 40’s like it took me. The youth are the ones who will lead us to the future, which will hopefully be full of the change we need. Tomorrow is too late, we need everyone today.

Call us! Text us!

Call us or text us! 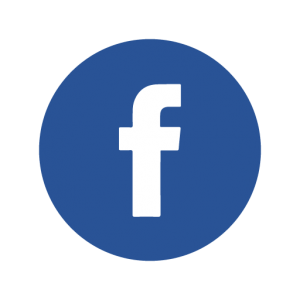 All Star Mechanical
This!!!

All Star Mechanical
Before and after
9    View on Facebook

All Star Mechanical
I just love this quote so much!